Airplane Safety - My most personal project 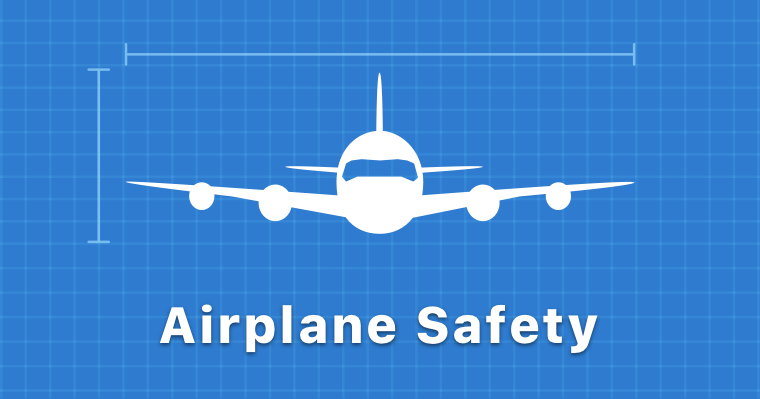 This is the story of Airplane Safety, one of my dad's personal projects and also his last.

While discussing the project around June 2017, he asked me how could we communicate this idea to the right people, so I suggested translating and releasing it to the Web.

I remember saying to him: "Let's release it once I come back from my holiday vacations".

If only I knew.

My dad passed away suddenly -without any warning or sign of illness- at the age of 59, the day I was returning home from my vacations in August.

Since then I have tried multiple times to start working on this project, but failed to do so, as grief was taking over of me every time. It is only lately that I have managed to muster enough courage to begin translating it.

As you will notice by the abstract, my dad was a high-school Physics professor and even though he adored his job, he was also interested in expanding his knowledge by attending online courses on advanced Physics concepts, was eager to help students by providing free after-school classes and loved coming up with ideas on how certain technologies could be improved.

I remember him telling me that he had also drafted some thoughts, way back when, of a system similar to the one implemented by some cars manufacturers today, able to detect movemevent via sensors and stop the car before an accident could occur.

The idea behind this project, though, was one of my dad's biggest concerns: How can the aircraft passengers and crew be saved, even under a severe mulfunction event.

In Airplane Safety you will not find any mathematic formulas or detailed schematics, but a rather high level approach of the issue, which I think is the best way to convey any ideas at an early stage.

My dad wished to release this document for free for anyone to read, just in case those ideas made it to some airplane safety specialists.

For this reason, I am open sourcing all of his original notes (scanned and in docx format in Greek), as well as the translation in multiple formats (PDF, epub, LaTeX, Markdown) under the MIT License.

I could go in great lengths about my dad's character, how he was the most beloved teacher, co-worker, husband and father, but I will just finish this post by saying this one last thing:

This is for you dad, I love you.